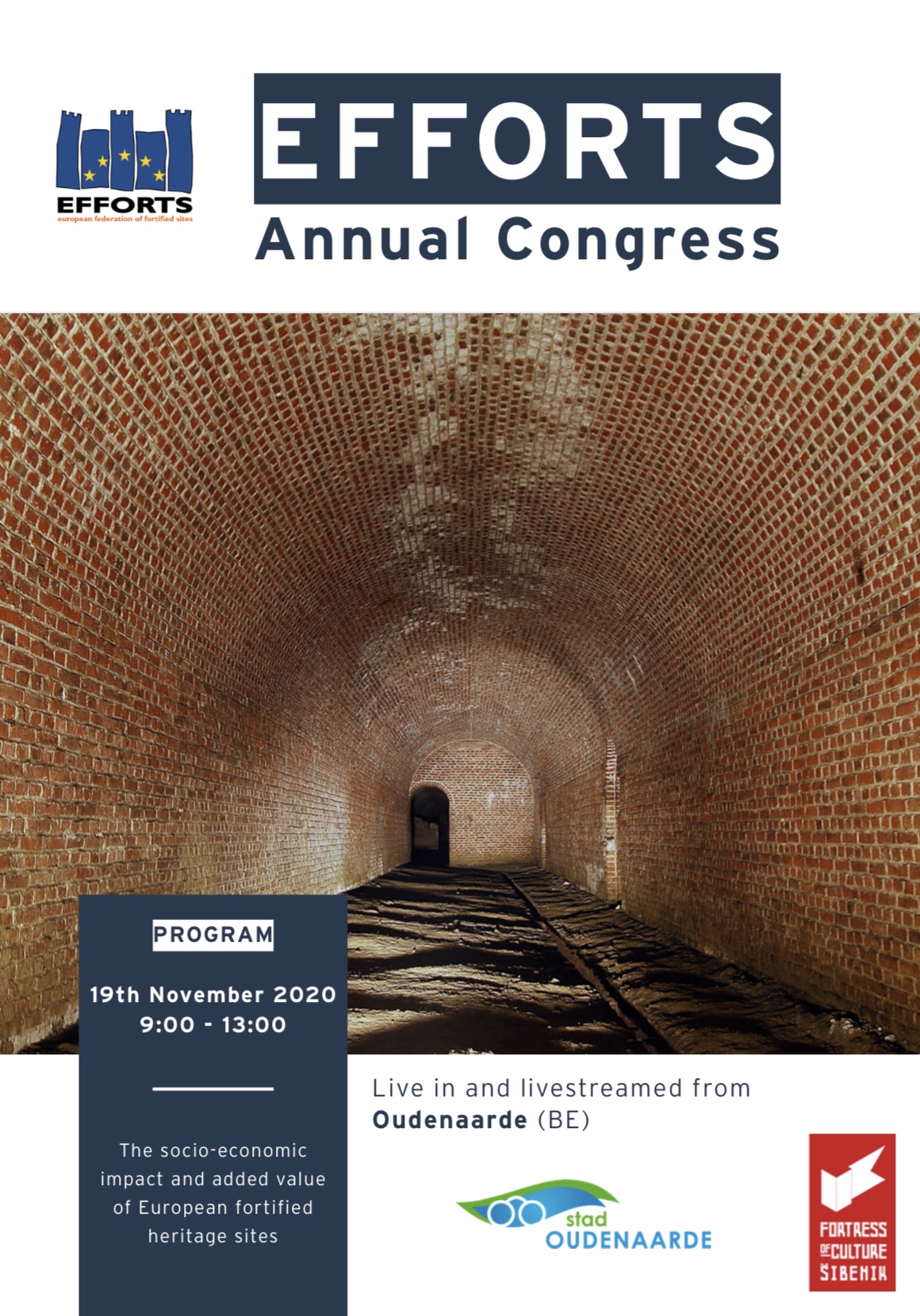 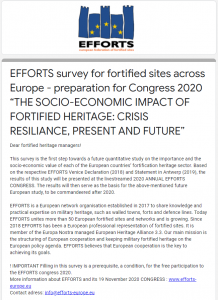 The Annual EFFORTS 2020 Congress on the Socio-Economic Impact of Fortified Sites was organised on 19 November 2020.

-This is the 2020 11 19 EFFORTS Oudenaarde Congress programme

-Here is information on the 2020 Congress Speakers and Presenters

THE 2021 EFFORTS SURVEY ON SOCIO-ECONOMIC IMPACT OF FORTIFIED SITES

The congress was organised with the City of Oudenaarde, Belgium, and broadcast through a link to the participants / survey respondents.
Connected to the EFFORTS Congress preparation was the EFFORTS SURVEY on Socio-Economic Impact of fortified sites.

All 60 participants from all over Europe were asked to fill in the EFFORTS survey at the following link and 40 did so: https://forms.gle/96iPtwJLt6fg4xai6

–> THE SURVEY WILL BE OPEN UNTIL 1 FEBRUARY 2021. This will allow us to gather more information and will permit EFFORTS to optimize it’s data on the impact our sector has in Europe.This survey aims to start the first quantification of the socio-economic impact of fortification heritage in Europe. The survey on behalf of the international organization EFFORTS (European Federation of Fortified Sites) is being conducted by the Public Institution Fortress of Culture Šibenik, as a member of the association and one of the partners in the organization of the annual EFFORTS 2020 Congress. The first data collected in the survey was presented at the November EFFORTS Congress. The survey and the presentations and the discussion will be the start of a call for a European Fortified Heritage Impact Study

The EFFORTS survey on the socio-economic impact of fortified heritage in Europe has – so far – encompassed 40 respondents / fortified heritage managers from 12 European countries. The majority of respondents were local public authorities. The respondents have a range of financial and human capacities enabling them to manage fortified sites, and make a social impact within their communities: fortified heritage is restored, renewed, researched, reused and opened to communities. New contents and interpretations are being developed at sites – with tendency to include a variety of digital technologies and innovative storytelling techniques among a large number of sites.

Thank you for your participation !

Welcome by the Oudenaarde Mayor 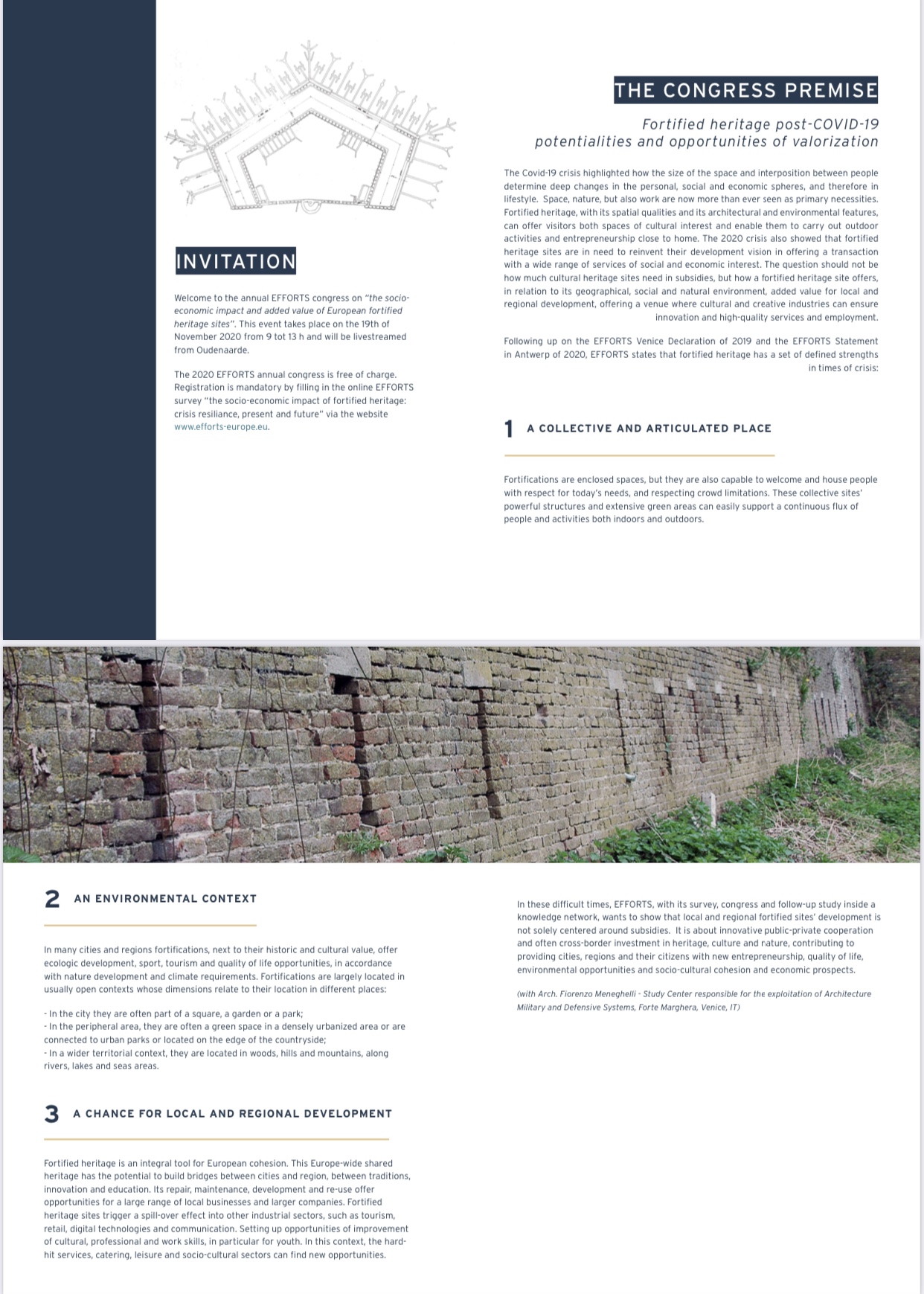 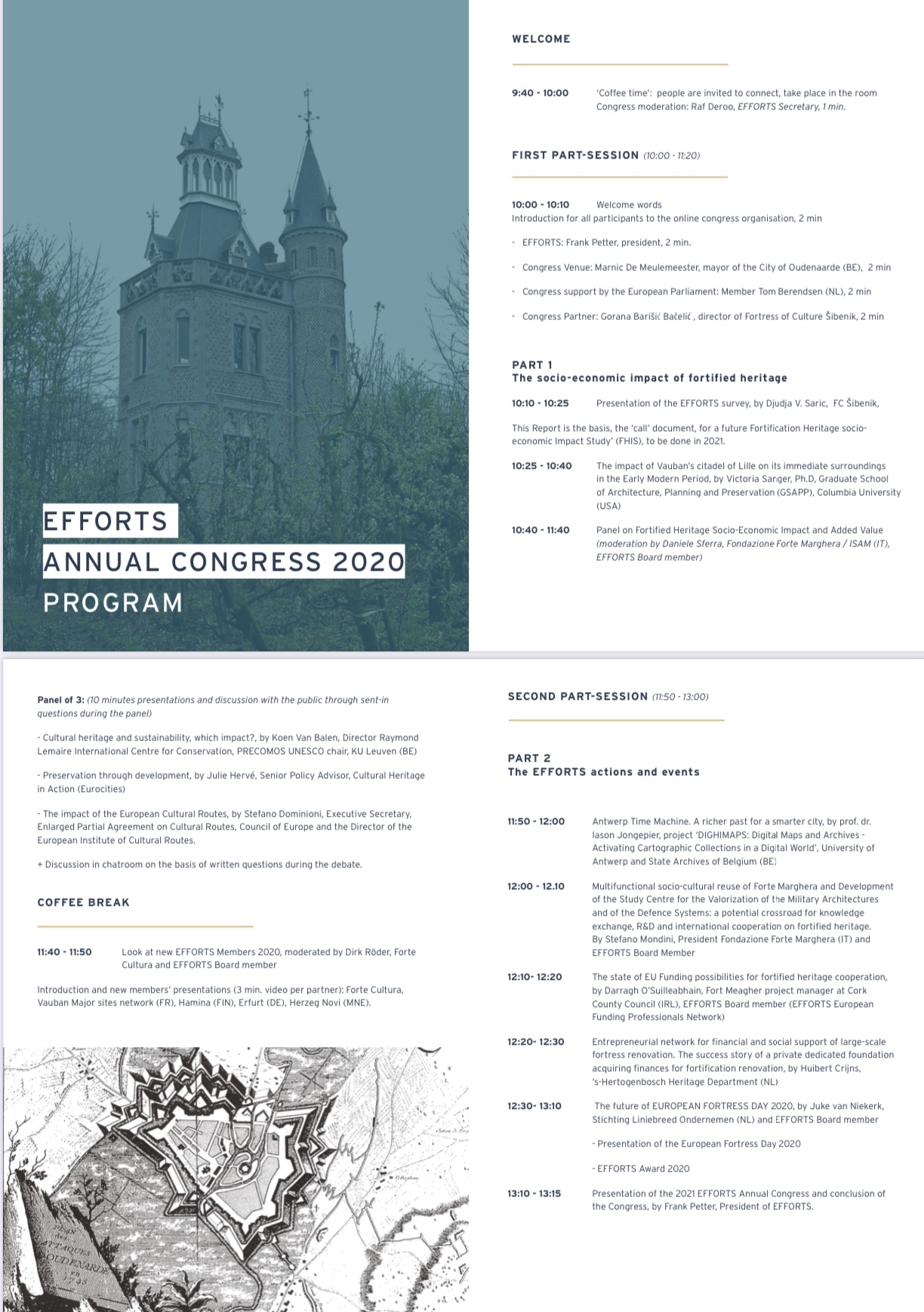 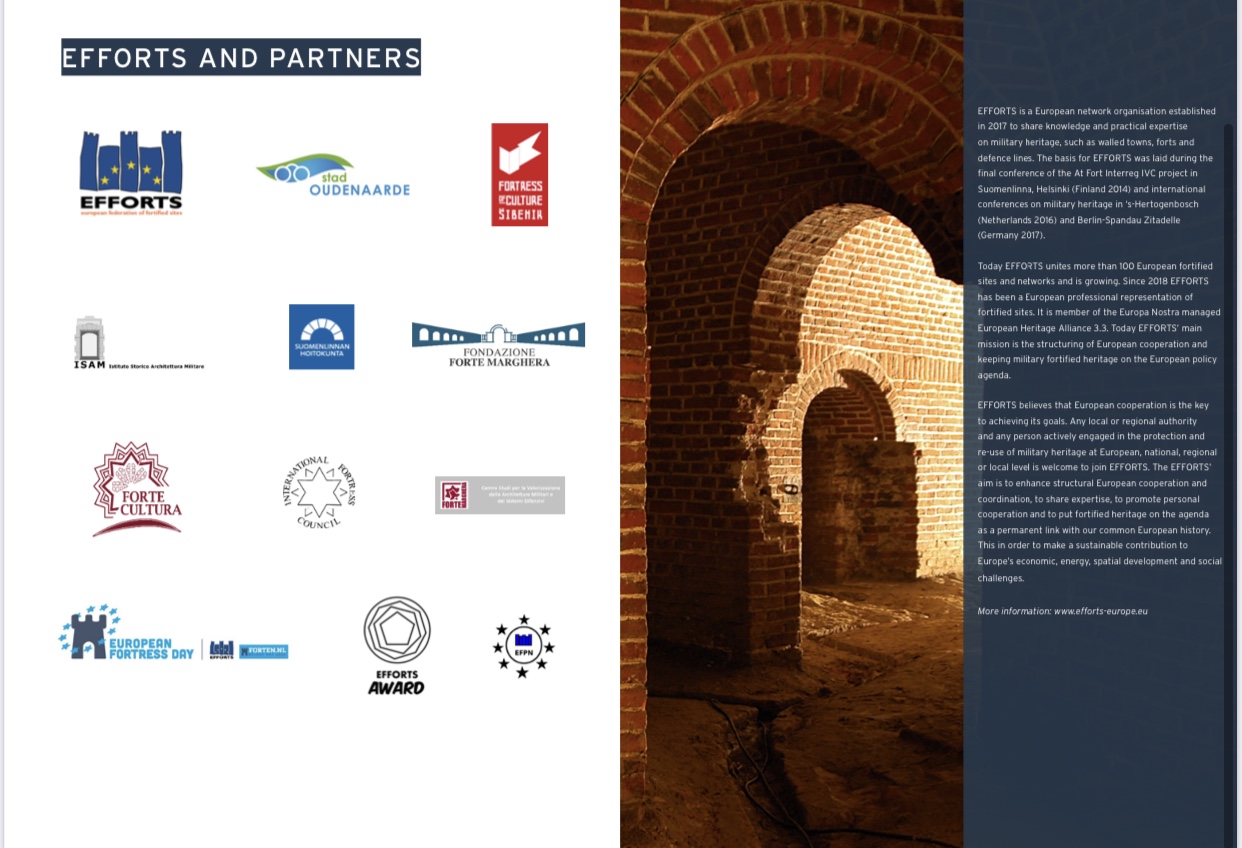