Learn more about the key actions of EFFORTS 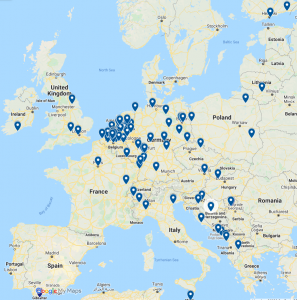 At the conferences in ‘s-Hertogenbosch (NL), Spandau (Berlin – DE) based on long year cooperation between most of the partners, we made sure that right from the start of the European Year of Cultural Heritage 2018, the EFFORTS association was up and running.

EFFORTS defends the interests of local and regional authorities and represents this important part of Europe’s history towards the EU institutions and beyond.

Working with representatives from all European countries, EFFORTS: