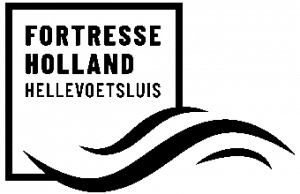 Hellevoetsluis has een one of the most important ports of the Dutch Navy for three centuries. From here the Dutch merchant fleet was protected and naval battles were conducted where necessary. Michiel de Ruyter undertook his famous trip to Chatham from Hellevoetsluis, and here too brought the mirror of the vanquished Royal Charles, the flagship of the British fleet, ashore.

There is still much to see of this illustrious past in Hellevoetsluis. Not only striking buildings, but also the unique Jan Blanken dry dock, in which the ships could be maintained, the heart of the former Dutch Rijkswerf. Furthermore, special ships are here on display, including the 19th century Ram tower ship De Buffel, which had Hellevoetsluis for a long time as its home port. This ship has recently been included in the Dutch National Register of Sailing Heritage. And of course there is the fortress itself.

In the fortress of Hellevoetsluis, the public can visit various parts of the naval past. The naval ships lie at the head of the harbor; the dry dock is open to the public, there is a small-scale City Museum where the collection can be viewed, the Lighthouse and Kazerne Haerlem can be visited. And you can take a walk on the ramparts. But the special story of the fortified harbor Hellevoetsluis is not yet told in full and in full coherence. Nor is there yet a well thought-out promotional and marketing approach on the basis of which the Hellevoetsluis fortified harbor can be marketed as a whole.

The municipality of Hellevoetsluis and several heritage organizations have joined forces to tell the story of the fortified harbor Hellevoetsluis better and to a wider audience. The plan Fortresse Holland, Open Air Museum Hellevoetsluis has been made for this purpose

The aim is not only to attract day tourists, but also to strengthen overnight tourism. Fortresse Holland, maritime open-air museum Hellevoetsluis is an attractive, high-quality public attraction, intended as a quality impulse for tourists to the South Holland and Zeeland coast.